POW/MIA Recognition Day ceremony at Oakland Hills Memorial Gardens
in Novi, Michigan as published on 9-20-2022 by the Novi News.
www.candgnews.com/news/novi-remembers-service-members-who-have-yet-to-return-760 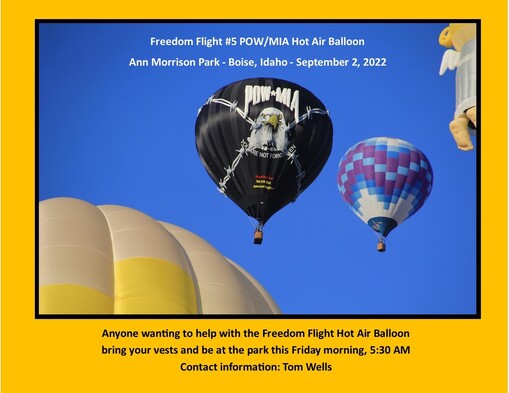 A Proclamation on National POW/MIA Recognition Day
From Belleau Wood to the Battle of the Bulge, Korea to Vietnam, Afghanistan to Iraq, and around the world, American patriots have dared all, risked all, and given all to defend our Nation and protect our liberties. Now and always, we honor their service, valor, and sacrifice. We also continue the righteous work of bringing home our heroes who remain unaccounted for.
On National POW/MIA Recognition Day, we pledge to seek out answers for the families of service members still missing in action. We commit to doing all in our power to identify and recover America’s missing sons and daughters. And we pay tribute to former prisoners of war — individuals who exhibited remarkable courage, love of country, and devotion to duty to protect our Nation’s safety and freedoms.
vva.org
​ RECOGNITION DAY – BACKGROUND
Until July 18, 1979, no special commemoration was held to honor America’s
POW/MIAs, those returned and those still missing and unaccounted for from our nation’s wars.
That first year, resolutions were passed in Congress and the national ceremony was held at
the National Cathedral, Washington, DC.   A Missing Man Formation was flown by the 1st
Tactical Squadron, Langley AFB, Virginia.  The Veterans Administration published a poster
with the letters “POW/MIA” and that format was continued until 1982, when a black and
white drawing of a POW in harsh captivity was used to convey the urgency of the situation
and the priority that President Ronald Reagan assigned to achieving the fullest possible
accounting for Americans still missing from the Vietnam War.  For the next ten years,
the various renditions of the American Eagle, by artist and Vietnam Veteran Tom Nielsen,
came to symbolize America’s POW/MIAs and our nation’s determination to account for
them and bring them home.

National POW/MIA Recognition Day legislation was introduced
yearly until 1995 when Congress opted to discontinue considering legislation to
designate special commemorative days.  Since then, successive Presidents have signed
an annual proclamation.  In the early years, the date was routinely set in close
proximity to the League’s annual meetings.  In the mid-1980’s, the American Ex-POWs
decided that they wished to see the date established as April 9th, the date during World
War II when the largest number of Americans were captured.  As a result, legislation
advocated by the American Ex-POWs was passed covering two years, July 20, 1984,
as initially proposed, and April 9, 1985, the latter of which had to be cancelled due
to inclement weather, a concern that had been expressed with the proposed April
​9th date.

The 1984 National POW/MIA Recognition Day ceremony was held
at the White House, hosted by President Reagan.  At this most impressive
ceremony, the Reagan Administration balanced the focus to honor all returned POWs
and renew national commitment to accounting as fully as possible for those still
missing.  Perhaps the most impressive Missing Man Formation ever flown was
that year, up the Ellipse and directly over the White House.

Subsequently, in an effort to accommodate all returned POWs and
all Americans still missing and unaccounted for from all wars, the League proposed
the third Friday in September, a date not associated with any particular war, not
in conjunction with any organization’s national convention, and a time of year when
weather nationwide is usually moderate.  Most national ceremonies have been
held at the Pentagon; however, in addition to the July 20, 1984, White House
ceremony noted above, the September 19, 1986, national ceremony was held on the
steps of the US Capitol facing the National Mall, also concluding with a flight of
high performance military aircraft in Missing Man Formation.

National POW/MIA Recognition Day ceremonies are now held
throughout the nation and around the world on military installations, ships at sea,
state capitols, at schools, churches, national veteran and civic organizations, police
and fire departments, fire stations, etc.  The League’s POW/MIA flag is flown, and
the focus is to ensure that America remembers its responsibility to stand behind
those who serve our nation and do everything possible to account for those
​who do not return.