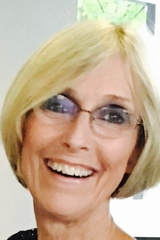 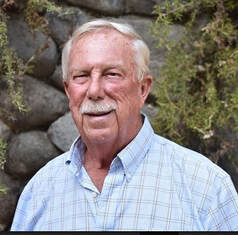 ​To that end I will work hard, for my brothers sake and the other family members who are still awaiting answers
Karoni Forrester

​Karoni Forrester is the daughter of Capt Ronald W Forrester, USMC, Missing in Action in North Vietnam, 12/27/72.  Karoni joined the National League of POW/MIA Families as a teenager in 1986.  She has served as the Texas State Coordinator since 2001, on the elected Board of Directors since 2009, and has worked on many different committees for the National League of POW/MIA Families over the years.  In 2007, Karoni participated in a League organized Family Delegation to Southeast Asia meeting with government officials in Vietnam, Laos and Cambodia.

To help educate others on the League’s mission and to raise awareness for POW/MIA, Karoni participates in many events across the country.  She has been riding with Run For The Wall since 2009, serving as their Southern Route Outreach Coordinator for the past 6 years to bring MIA and KIA families to meet the Run, and in some cases, taking members of the Run to meet families in their hometowns.  She attends The Ride Home in Georgia each September as her “real” job allows.  She loves the opportunity to travel for speaking engagements, meeting new people, educating and garnering public support.  She demonstrates a full commitment to the POW/MIA accounting mission, and works to be a resource for veterans, active duty military and their families. 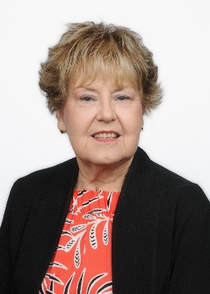 In February of 2014, her commitment and persistence, along with the hard work of other League and USG officials, was rewarded with the recovery, identification and return home of her brother’s remains.  Captain Douglas D. Ferguson’s Homecoming and Celebration of Life were more than any of us could have imagined.  To learn more, visit his website at https://www.forevermissed.com and type in Douglas David Ferguson.
​
Because so many do not yet have the peace and ultimately joy of their husband, father, son or brother’s return, Sue continues to keep her commitment to do whatever it takes to bring home as many as possible of those still missing and unaccounted for from the Vietnam War.  She is proud of the efforts of the National League of POW/MIA families which have been instrumental in helping families get answers.
Joseph Stuart

Joseph Stuart is the youngest of five (5) children of Lt. Col. John F. Stuart, USAF, Missing in Action.  Lt. Col. John F. Stuart was 39 years old when his plane was shot down over North Vietnam on December 20, 1972. Five days before Christmas, 1972, one month before the Peace Treaty was signed.  Lt Col Stuart, as the aircraft commander of a B-52D, together with 5 other crew members, were part of Operation Linebacker II (call sign Orange 3).  Their aircraft was hit by MIG fire and at least two SAMs. The co-pilot and navigator ejected and were captured and then released during Operation Homecoming in March 1973.  The remaining 4 members went down with the aircraft.

The radar navigator and EWO remains were later repatriated.  Only Lt Col Stuart and MSgt Arthur McLaughlin (tail gunner) remain MIA/BNR. The Linebacker II mission successfully convinced North Vietnam to return to the Peace Talks table in January 1973 which led to Operation Homecoming.  Their crash site was the first site visited and excavated in 1984 when the US was finally allowed back into the country.  Joseph has been an active member of the National League of POW/MIA Families (“League”) since 2016, is a member of the League Board of Directors and is the Indiana State Coordinator for the League.  To help educate others on the League’s mission, and to raise awareness of and for the POW/MIA issue, he participates in Run For The Wall each May including participating in outreach missions to other KIA/MIA families, VA centers and local schools.

Additionally, he is a board member of the Indianapolis POW/MIA Council, an auxiliary member of VFW Post 1154 (Lafayette, IN), an active member of the U-Tapao Royal Thai Navy Airfield Alumni Group, and a member of Sons and Daughters in Touch (a national support organization committed to uniting the Gold Star sons and daughters of American servicemen who were killed, or who remain missing, as a result of the Vietnam War.)  Joseph is a graduate of Vincennes University, has been a private pilot/licensed A&P Aircraft Mechanic for over 30 years and currently works for an international air cargo company.

​Joseph resides in Indianapolis, seeks accountability for his dad and all MIAs from Vietnam, loves to travel, spend time with family and talk about the POW/MIA issue to all who will listen.  He has a son currently serving in the United States Marine Corps and has four grandchildren.